A biography by Irene Heskes

This text was written by the great music historian Irene Heskes (1923–1999) when Ruth Rubin was still alive and is published with permission of the author's daughter Deborah (Heskes) Kraut.

At the concluding decade of this turbulent 20th century, Yiddish has managed to endure as a spoken language. It has survived as the precious legacy of a thousand years-old ethnic culture, whose folklore illumined Jewish history. Brought over to America by immigrants from East Europe, Yiddish folklore documented the migration and settlement, the acculturation and integration, the economic and social struggle of one group in our pluralistic society. Yiddish poetry and song defined the very universality of the life cycle – birth, childhood, education, courtship and marriage, family, work, community, broader government and general events, religion and customs, joy and adversity, death.

Essentially, such a treasury of human expression transcends boundaries of linguistics, race, religion, and ethnicity. Therefore, along with other diverse cultural traditions, it will abide into the next century to do yeoman service for us all.

Ruth Rubin has devoted a lifetime to the collection and preservation of that Yiddish folklore, poetic and musical. With prodigious dedication, for many decades she has gathered a large body of field collections, and has studied those materials in the context of their relationship to world-wide ethnology. Over the years, her activities have included publishing books, songbooks and articles, giving conference papers and lecture-recitals, and making recordings. As a performer-folklorist, her style has been simple and unaffected. Recreating the folklore, she would first describe the background for selections from her phenomenal repertoire, and then as she sang, seem to become one with those materials. In her significant achievements, Ruth Rubin ranks among the leading Yiddish collector-scholars, along with Moshe Beregovskii (d. 1961) eminent Yiddish folklorist of the U.S.S.R., and Yehuda Leyb Cahan (1881-1937), who began his extraordinary collections in East Europe and continued after his arrival in America. Ruth Rubin’s particular insights into the relationships between the music and their texts, places her work in the important pathway set by the noted anthologist and father of modern Jewish musicology Abraham Z. Idelsohn (1882-1938). 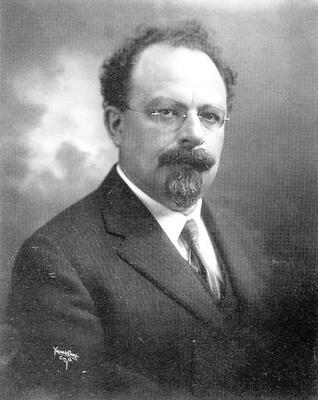 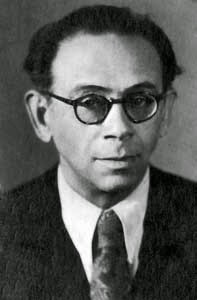 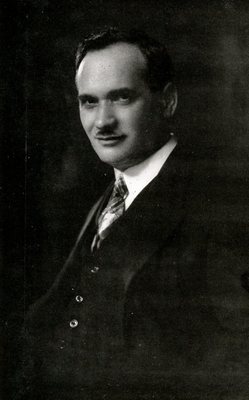 Born Rifkele Royzenblatt [Rivke Rosenblatt] in Montreal, in 1906, to immigrants from Bessarabia, she came into a household of literature and music. Growing up in Canada, little Ruth spoke Yiddish at home, French and English at school. This early multi-lingual environment broadened her awareness of people’s folk expressions, in terms of differences as well as overriding similarities. Her childhood education was in the public schools and the Peretz Yiddish (shule) school, where she began to sing publicly. There, she was deeply impressed by a visit in 1915 from the prolific Yiddish writer and folklorist Sholom Aleichem (1859-1916). The creator of the literary character Tevye, Sholom Aleichem was also deeply devoted to the art of Yiddish folksong, and was responsible for the dissemination and publication of songs by the badkhen (Jewish folk bard) Mark Warshawsky, first in East Europe and then in America. Years later upon the occasion of the 100th anniversary of his birth, Ruth Rubin contributed an impassioned article “Sholom Aleichem and Yiddish Folksongs” to an issue of Sing out. After her public schooling in Montreal, she worked as a secretary-stenographer. In the early 1920’s, she came to New York City, a place of Yiddish theaters and many musical activities, and of opportunities for general and Jewish studies. Collections of her Yiddish poetry were published by the end of that decade. In 1932, she married Harry Rubin.

Along about 1935, Ruth Rubin decided to be a Yiddish folklorist, and went to see an eminent Yiddish scholar and writer Haim Zhitlowsky (1865-1943), who encouraged her to embark upon what was to become a lifelong mission. She began by seeking out information and resources at the YIVO Institute for Jewish Research, the New York Public Library and the archives of the Jewish Theological Seminary, and also took courses at the Jewish People’s Seminary at Hunter College. In 1937 her son Michael was born. She began to write for journals in the 1940’s, and at that time taught music and poetry at the Yiddish schools in New York City. During World War II, Ruth Rubin translated Yiddish diaries smuggled out of the ghettos and Concentration Camps of Europe. After the war ended, and the terrible truth of the Holocaust became known, she strengthened her personal resolve to preserve what had been the great cultural expression of the Yiddish folk of East Europe. She began her intensive field collections in New York City, Montreal and Toronto, and then other areas of America, and commenced her lecture-recitals. Her studies of Yiddish language and history continued with the noted scholar Max Weinreich (1894-1969), an association which she came to value deeply.

From the beginning, Ruth Rubin’s approach had always been that of an American folklorist and an officer with the American Folklore Society, the Canadian Folk Music Society, the International Folk Music Society, and the New York Folklore Quarterly. Among a roster of treasured colleagues and friends in the field have been Helen Baillargion, Marius Barbeau, Ben Bodkin, Edith Fowke, Charles Haywood, Maude Karpeles, R.R. Marett, Willard Rhodes, Paul Robeson, and Pete Seeger. She also was a leading member of the Jewish Music Forum and the National Jewish Music Council. In Israel, she established on-going scholarly contacts with such important folkorists as Edith Gerson-Kiwi, Moshe Gorali, and Karel Salomon. Over the years, Ruth Rubin presented papers at conferences and contributed articles to numerous journals, and then developed her major publications. She participated in the first folk hootenany, along with Ronnie Gilbert, Paul Robeson and Pete Seeger, and performed at New York’s Town Hall and Carnegie Recital Hall. Also, by 1945 she had begun to make a series of recordings for Folkways Records, with Moe Asch. Increasingly busy as a guest lecturer-performer, she appeared at synagogues and churches, institutes and study groups, community centers and organization meetings.

Sadly, in 1959, her son Michael died tragicly, and the world stopped still for a while. Then her husband fell ill and died in 1971. Yet, gradually, Ruth Rubin’s intense devotion to Yiddish folksong prevailed, and she returned to it, with greater intensity, in affirmation of life and of her faith in the future of mankind. In her writings, her poetic gifts have been invaluable for the shaping of sensitive translations of the Yiddish song texts. This was especially true in her book Voices of a People: The Story of the Yiddish Folk Song, in which she explored the historical backgrounds, origins and particular meaning of the words. In all her publications, she has treated the folksong lyrics as Yiddish literature. 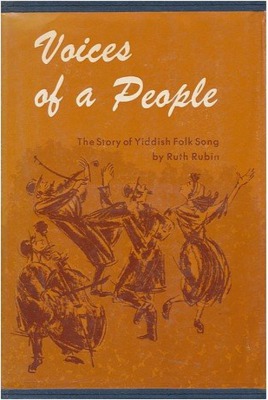 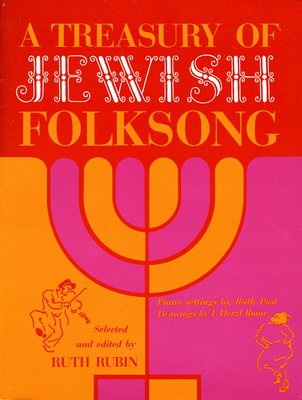 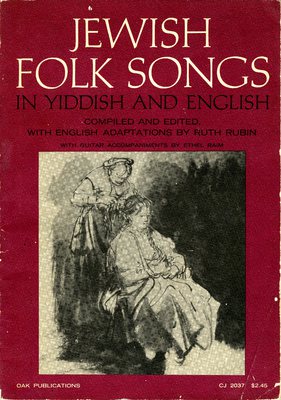 As a gifted teacher of this folklore, Ruth Rubin has given popular courses in New York City at the New School for Social Research and Queens College CUNY, and at university seminars in other cities in the United States and Canada. She was awarded a Doctor of Philosophy degree in 1976 from the Union Graduate School in Cleveland, Ohio. In 1983, she was a faculty member for the Summer Oxford University Program in Yiddish Studies. A grant from the National Endowment for the Humanities in 1983, and another from the Memorial Foundation for Jewish Culture that has enabled her to prepare for another Yiddish folksong anthology, based upon previously unpublished materials from her field collections. Over the years, she has ceded over portions of her substantial field collections, on tapes and in manuscripts, placing materials into various holdings and libraries in this country, Canada and Israel, where they now constitute research and reference archival reservoirs.

As tireless collector, publisher, lecturer, teacher, entertainer, and inspiration to others in the field, Ruth Rubin has viewed her work in Yiddish folklore as a serious responsibility that has given her life a sense of pride and satisfaction. In public presentations, she has endeavored to interact with listeners, responding to questions and treating each as a possible source of materials. Recognizing the dialectic variants in Yiddish, she has endeavored to preserve some distinctions, yet shape the linguistics in order to best serve the folklore. Her research ABC’s have been acculturation, borrowing, and comparison. She has been mindful that melody knows no boundaries of time, place or person, and that there are important non-musical elements in a folk music expression.

As mentor to so many ethnologists, Ruth Rubin has been pleased to witness the recent blossoming of interest among young musicians for the old style Yiddish folk band (klezmer) music. She has viewed this as a manifestation of renewed vigor in the creativity of the folklore. After all, wasn’t it Sholom Aleichem himself who wrote compassionately about the itinerant East European Yiddish bandsmen, who traveled from place to place over the centuries, bringing people joyful and sad tunes, and reflecting centuries of Jewish life? There is a solid chain of continuity for this folklore tradition, linking Ruth Rubin’s noteworthy achievements with folklorists in her footsteps.

Ruth Rubin has been a member and officer of the American Folklore Society, the Canadian Folk Music Society, the International Folk Music Council, and the New York Folklore Society. Her other associations include: American Association of Yiddish Professors; American Society for Jewish Music; ASCAP; Jewish Music Forum; National Jewish Music Council; YIVO Institute for Jewish Research. In 1983, she received a field collection in preparation for an anthology of previously unpublished 150-160 Yiddish songs. She has also been given a grant for her research work from the Memorial Foundation for Jewish Culture. The recipient over the years of numerous honors in the field of Yiddish and folklore, in 1989 Ruth Rubin was awarded the Yiddish Folk Arts Program Lifetime Achievement Award, in recognition of her outstanding contributions to Yiddish culture.

Irene Heskes (1923–1999) was a music historian, lecturer and author. Among her books are: The Cantorial Art, Studies in Jewish Music, Jews in Music, Ernest Bloch: Creative Spirit, and The Resource Book of Jewish Music and the important resource Copyrighted and Sung: American Yiddish Popular Songs, 1895 to 1950 published by the Library of Congress in 1990/91.