A "pen portrait" by Melekh Ravitsh

Rivke Rosenblatt, now: Ruth Rubin, spent her early childhood in Montreal. At age 16, she went to New York. In 1929, a small collection of her poems appeared, consisting of short and animated lyrics, consisting of a mere 64 pages. But the preface to this modest volume was written by none other than Shmuel Niger (eminent historian of Yiddish Literature). It too, was brief, but hopeful. And that was first blossom on the miraculous blooming vine of Yiddish literature on the American continent. Hers was the first literary product of that generation in Canada, and the poetry was good, too! Here is an example:

And want to be alone,

And cannot be alone

And am with you.

And I want to ponder,

And I can’t think of anything,

And I think of you.

Close your eyes and let yourself enter the quiet tone of this little poem. It seems to me that it was written, not only on paper, but rendered in song – almost as a pure folksong! Already in this modest volume by Rivke Rosenblatt in 1929 – there were the beginnings of the future phenomenal interpreter of Yiddish Folksong – Ruth Rubin. The name Rubin was her name in marriage to her beloved husband – Hershl, who carries his love for Ruth Rubin along with his deep interest and devotion to her tireless research in her presentation programs of Yiddish Folksongs of many lands and epochs. And these epochs cover 500 years and the number of lands involve almost half of the world.

But this is not a review of Ruth Rubin’s works, but rather an intimate pen profile for my Lexicon. So let me continue my sketch: She is not tall. She is blond. She has a kind face and a gentle voice. But she is a definite person, who knows her direction. And she has a mission: to interpret the songs in a integral way. And in this sense – her presentations include: text, tune, comments, even some gestures. And the God of Yiddish Folksong has given Ruth Rubin a voice which is absolutely suited for the presentation of the Yiddish Folksong. And that is how she does it: At first, she talks a little bit about the background of the songs. The audience becomes involved almost immediately. Then, she closes her eyes and reaches into her phenomenal repertoire… Suddenly, she seems to be carried away somewhere to a back street in Warsaw or a courtyard in Vilna… She is sitting on a stoop, and is herself the young woman or bride, mother and grandmother, as she sings. But no, she does not merely sing the songs, she lives them, almost becoming the creator of the original texts and tunes… I cannot imagine a more perfect rebirth of a Yiddish folk song from its vanished past, into a living existence again. 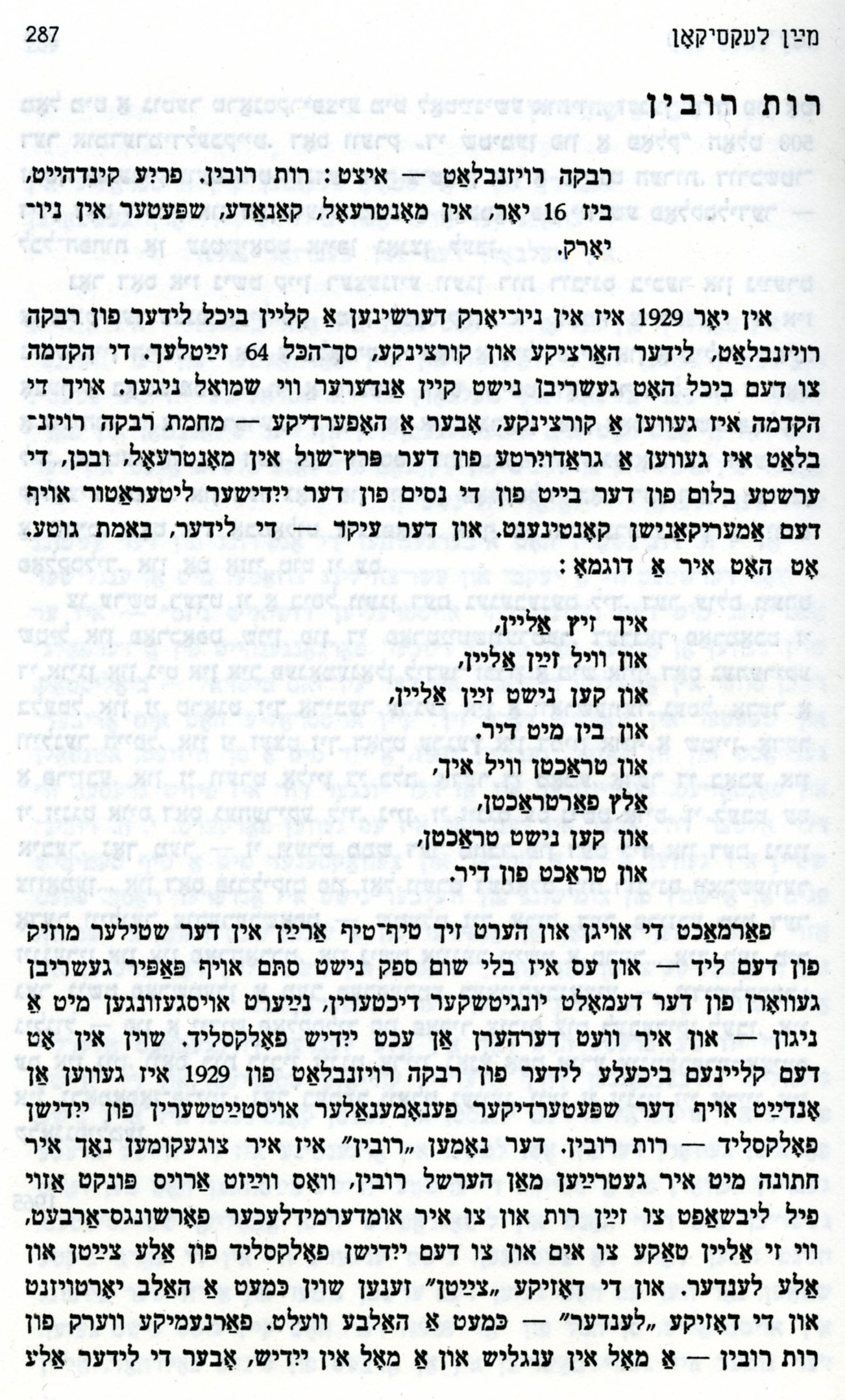 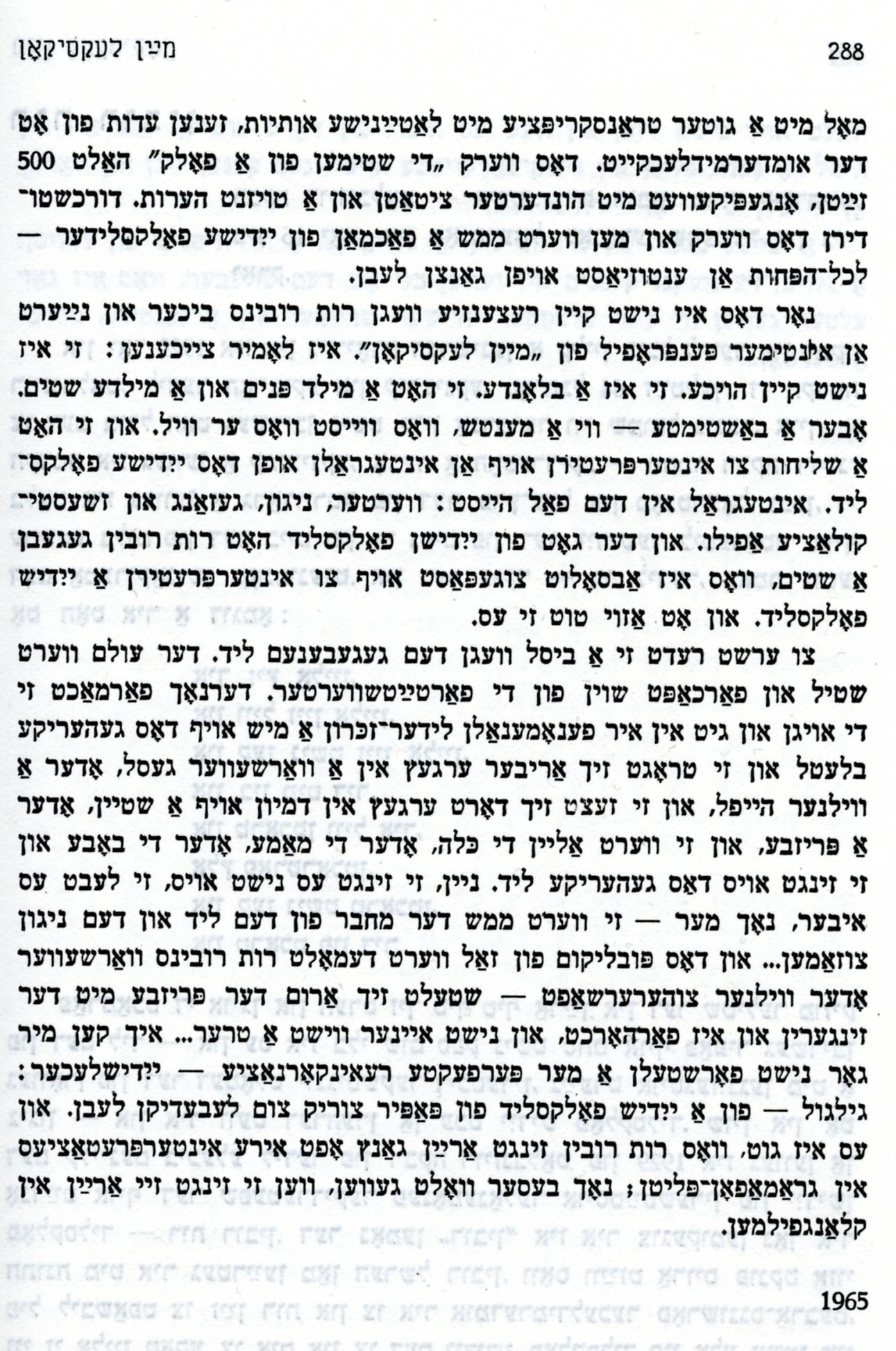