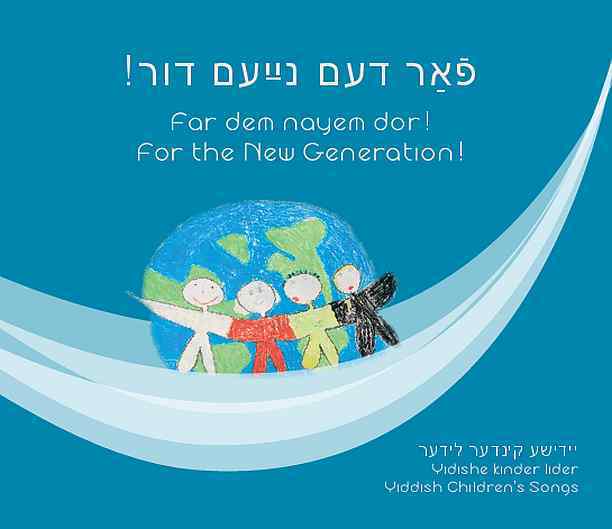 For centuries the Yiddish speaking world has had an immense repertoire of children’s songs. The majority of melodies and texts disappeared together with the people who sung them and the children for whom they were composed. Such collections as remain in writing or recording are a treasure trove for lovers of the Yiddish word. The “Yiddish Summer Weimar” festival in 2012 and 2013 created the opportunity to unearth many beautiful children’s songs and bring them back to life. They were transcribed to make them accessible, and sung by those that they were intended for: the children themselves, their parents, grandparents, teachers and friends. Our aim is to return these children’s songs back where they belong, in the families where they can be part of everyday life and not the artistic expression of a single performer during a concert.

YIVO owns the compilation of content that is posted on this website, which consists of text, images, and/or audio, and video. However, YIVO does not necessarily own each component of the compilation. Some content is in the public domain and some content is protected by third party rights. It is the user's obligation to determine and satisfy copyright or other use restrictions when publishing or otherwise distributing materials found in YIVO websites.

The materials on this web site may be used for personal, research and educational purposes only. Publication (including posting on the Internet and online exhibitions) or any other use without prior authorization is prohibited. Please visit https://www.yivo.org/Rights-Reproductions for more information about use of materials from this website.

YIVO has employed due diligence in seeking to identify copyright holders of the materials in this compilation. We invite any copyright owners who are not properly identified to contact us at yivomail@yivo.cjh.org.